The environment around us has degraded over the years, affecting the quality of life. Although the Constitution of India and various courts have affirmed the right to clean and healthy environment, citizens breathe toxic air and battle diseases. Over the past three decades, the courts have given an expansive definition of the Right to Environment. But what has been the impact on the ground? Do the outdated environmental laws address the climate concerns? How can we claim our Right to Environment?

New Delhi-based environmental lawyer Ritwick Dutta, founder of LIFE (Legal Initiative for Forest and Environment), speaks to Question of Cities about the laws, the cases and the role of the judiciary in safeguarding the environment. Lawyer, activist, author and educator, Dutta has been fighting for environmental democracy and to ensure effective environmental justice and public participation.

How is it enforced at the level of the average citizen of India for whom it can mean so much? Who is responsible for the enforcement, where does the buck stop?
The Right to Environment is required to be enforced by all agencies of the state. It is not limited only to environmental departments. Although the enforcement has to be done by the government agencies such as forest departments, Biodiversity Board and pollution control boards, in reality their functioning leaves much to be desired. They work only when prodded by citizens or the courts. If one looks critically at the functioning, it is clear that the forest conservation work of the central and state government is focussed essentially on diverting or clearing forest land. The recent decision of the central government to divert 120 square kilometres of forest in the biodiversity rich Great Nicobar by terming it as “holistic development” is an example of how forest conservation does not figure high in the government’s priority. The pollution control board is more concerned about issuing permits (called Consents) to pollute rather than “controlling” pollution.

This is evident from the fact that the National Crime Records Bureau (NCRB) data clearly reveals that despite high levels of air and water pollution, not a single case has been filed by the Pollution Control Committee of Delhi in recent years. The situation with respect to the other Pollution Control Committees are no different. There is a general reluctance to take any penal action against polluters. It is clear that most of the government agencies have long forgotten their statutory and constitutional duty to protect the environment. It also needs to be highlighted that there is no dedicated service to deal with the subject matter of environment. We have an Indian Forest Service but not an environment service.

From your experience, what are the kinds of cases that have come up in courts in which the Right to Environment has been invoked? How did some of these cases end, if at all?

The right to environment cases come up in a wide range of cases – from pollution cases to cases concerning protection of forests, wetlands, and grasslands. The examples are many. In the case of Kashang dam project in Himachal Pradesh, the local community who depend on collecting pine nuts felt that the hydro project would destroy their livelihood and culture. As a result of litigation in the National Green Tribunal, it ruled that no project can be allowed without the explicit consent of the community. In Raigarh and Korba in Chhattisgarh, communities which took power and coal mining companies to court have succeed in holding the companies liable for the pollution they caused. Recently, the fishing communities in the Sundarbans have succeeded getting an illegal tourist resort demolished since it impacted the mangroves on which their livelihood depend. These are just some examples where communities have successfully raised the issue of Right to Environment.

Though there have been many positive judicial decisions, the overall picture is not great. Most cases concerning the right to clean environment are dismissed on technical grounds. The courts are generally swayed by the large amounts of money invested made into projects and the so-called “larger public interest” which is simply deference to the decisions of the government. For every significant judicial decision that has protected the right to environment, there are countless others which did not recognise the same. Despite the principle laid down by the Supreme Court that the burden of proof in environmental matters is on developers who want to change the status quo, the fact is that in most cases the burden to show that the action is environmentally damaging falls on the petitioners who want to protect the environment.

Even if there are environmental laws on paper, we see that they are hardly implemented and India appears to have slipped on environmental parameters? What do you think is the role of the judiciary in this? Have the courts — lower courts and Supreme Court — been on the right side of the environmental debate?
One of the reasons why we have poor enforcement is because the laws that we have are not in tune with the environmental reality of today. All the major environmental laws – those relating to air, water, environment, forest and wildlife are from 1970-80s. They were framed at a time when there was no Climate Crisis, and the State was both the producer and regulator with private corporate entities having only a minor role. The environmental laws that exist today still follow the “licence -permit raj” philosophy and concentrate decision making power in officials who act only on the “dictates” of those who support the polluters. Those rare individuals who stand up are either transferred to face other consequences.

There is no doubt that the laws are outdated. It is not correct to state that “laws are good but implementation is poor.” It is a case of poor outdated laws which even if fully implemented will not protect the environment. However, given the fact that in recent times, the entire effort has been to dilute even these weak outdated laws, one is not sure whether this is the time for a new set of laws. So far as the judiciary is concerned, one must not lose sight of the fact that only a miniscule fraction of environmental issues come up before the courts. The judicial process is expensive, time consuming and uncertain. Though a few judicial decisions have been landmark, there is very little evidence as to how judicial interventions have led to cleaning up of the air, water or rivers.

What has been the role of the National Green Tribunal (NGT) in ensuring that the environment is protected and development happens in accordance with environmental regulations?
The NGT is playing a significant role so far as environmental adjudication is concerned. Despite some shortcomings, there is no doubt that there is no institution similar to the NGT globally when it comes to adjudicating on environmental issues. The major shortcoming of the NGT is that it is a court with very limited jurisdiction; it has no power to adjudicate on wildlife laws and laws with respect to trees outside forest. It can only adjudicate on issues which have happened in the last five years. And it has never functioned with full strength.

The NGT’s judgments over the last decade has led to significant changes in the environment decision-making process. In T. Muruganandam’s case with respect to a power plant in Tamil Nadu, it directed that a Cumulative Impact Assessment be done; it suspended the approval given to POSCO steel plant in view of poor quality of Environment Impact Assessment; in the case of Lower Demwe hydro power project in Arunachal Pradesh, it suspended the approval since the Minister had no power to overrule the majority decision of the National Board for Wildlife; in the Nyamjanchu hydro project also in Arunachal Pradesh, it suspended the approval since the impact on Black Necked Crane was not studied. In cases concerning pollution, it has imposed penalty on coal companies for neglecting the health impact on local communities and directed for free medical assistance and setting up hospitals. In the case of Raigarh, Korba in Chhattisgarh it directed a detailed carrying capacity as well as cumulative impact assessment of coal mines.

It is largely because of the NGT’s decision that concepts such as Cumulative Impact Assessment, Carrying Capacity, and even processes like public hearings are taken more seriously by the government today.

The Coastal Regulation Zone guidelines have been diluted to some extent. Are they still robust? How can citizens fight back, what are the platforms for the pushback?
I believe that the existing CRZ is still quite robust and can be creatively used to protect coastal areas. Over the last one year, the CRZ 2019 has been used in a number of instances to stop destructive activities taking place on coastal stretches. I feel that both processes can happen simultaneously – challenging the regressive provisions of the CRZ 2019 while creatively using the law to protect coastal stretches.

Recently, using the provisions of the CRZ Notification, we secured a significant decision from the NGT, where the Tribunal directed the demolition of a resort in the Sundarbans which was illegally constructed in a CRZ-1 area. The NGT not only ordered the demolition but also gave direction for restoration of the area. In September 2022, the NGT quashed the government’s decision to allot CRZ-1 area for low-cost housing in Andhra Pradesh. In Tamil Nadu, the NGT ordered the demolition of oil storage tanks that were set up in the prohibited zone. These are some of the cases where I have been involved as a lawyer, I believe that the 2019 law also provides effective protection to coasts if implemented.

These needs increased public awareness and pressure. All changes will not come thorough litigation. It is important to build public pressure. The civil society and media will have to play a crucial part. The job of environmental law reform cannot be outsourced to lawyers and courts. It’s the collective responsibility of all the institutions involved. 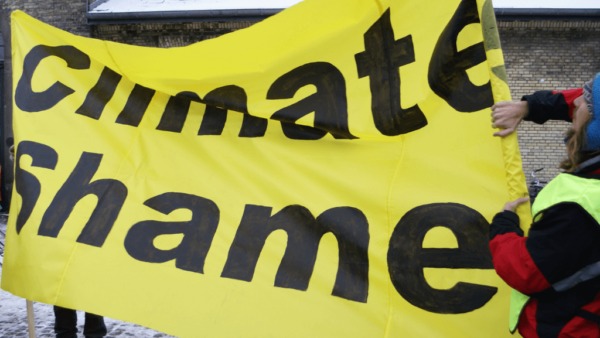 Another climate summit is over and after hours of debates and discussions, it’s back to the ground to act on the pledges…
By Soumya DuttaDecember 16, 2022 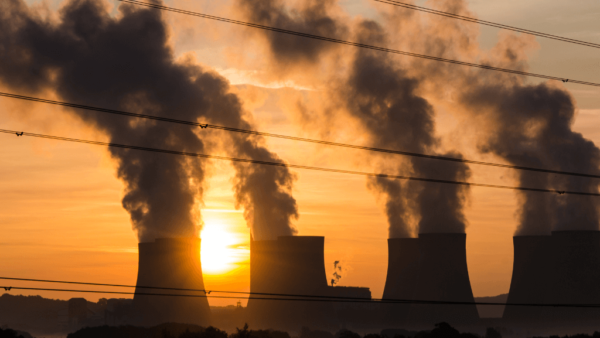 Besides the usual negotiations and national commitments, the recently-concluded Conference of Parties (COP27) in Egypt saw the launch of initiatives for cities…
By Shalini SinghDecember 16, 2022

If cities are at the forefront of mitigation and adaptation against Climate Change, then a network of cities forged across international borders…
By Team QoCDecember 16, 2022