It has been more than half a decade since the Ministry of Housing and Urban Affairs (MoHUA) launched the Smart Cities Mission which prefaced urban governance with a vocabulary of technology and data driven solutions. Under the Smart Cities Mission, cities have deployed ‘smart solutions’ which included interventions such as installing a multitude of sensors, deploying citizens’ apps, and creating various dashboards and platforms where administrators can monitor data from the ground. For instance, traffic can be monitored using the sensors and signals make automated decisions based on vehicle type, speed and density according to routes. Some cities are already running analytics from this data to improve urban service delivery such as creating models for better management of solid waste by measuring ward-wise collection weights.  The Smart Cities Mission thus encourages cities to create digital infrastructure which will be ostensibly used to collect data about the city and improve the efficiency of its services.

While the hundred cities shortlisted and funded by the Smart Cities Mission have developed a variety of digital tools in various areas of municipal services and e-governance, there are some common solutions among them. These common technology and data-driven solutions are in the domain of urban transport and mobility, solid waste management, and air quality monitoring – all closely linked to important questions of environment and sustainability.

Some cities such as Bhubaneswar, Coimbatore and Kochi are also supported by global agencies such as the German aid agency GIZ and the World Resources Institute (WRI). These projects range from energy efficiency to water and waste management and are aimed at assisting cities in reaching their sustainability goals. As indicated in the Smart Cities Mission policy guidelines, apart from the general push towards digitalisation, there is a particular agenda of reaching sustainability goals for cities.

But what does this digitalisation entail for citizens? The policies and the tools developed for the mission suggest that citizens benefit from faster service delivery, improved safety and transportation, and better engagement with their governments. But there are important questions beyond accessing services such as how many of these tools actively allow citizens to participate in the governance of their city and contribute to its planning, how many citizens can access these channels for engaging with city officials and democratic representatives, in the context of low data literacy – and a gender gap in internet access – who indeed is the smart citizen that the policy envisions?

Beyond services and benefits
On the face of it, the ability to access services on your phone app instead of waiting in queues at municipal offices has been rolled out as a service, but it is too early gauge how many citizens use and benefit from these platforms. Bicycle sharing projects of the mission have failed in some cities, and succeeded in others as have other smart public transport initiatives ranging from e-rickshaws to public transport management.

It is early, because there is not enough data, to assess the success of these initiatives and their impact on lives. The data in the public domain is closed or scattered, and without complete access to it, a thorough understanding or a review of its sustainability would be premature. For example, we will need more public data to understand if smart traffic solutions and smart parking have really improved traffic regulation in perennially-congested cities – and to what extent.

However, I believe that these smart interventions of digitalisation and data-driven decisions cannot add substantial value to our sustainability goals unless cities actively engage with citizens, the academic community and address local concerns. Cities are not using data effectively owing to multiple institutional shortcomings; they need to embrace an open-data regime and release the collected data in the public domain so that a fair assessment of the impact of digitalisation can be arrived at. This will encourage crowd-sourced initiatives, address on-ground problems faced by communities and will stimulate democratic engagement.

Based on MoHUA guidelines, the enlisted “smart cities” rolled out digital solutions through a Special Purpose Vehicle (SPV) instead of the conventional structure of municipal agencies. The SPV developed these technology-driven solutions, installed sensors and networks, and connected them to various platforms and apps through a network of consultants and vendors.

Most cities have implemented smart traffic management systems and transit management systems for public transport. Surat leads most cities in this regard, with sensors collecting detailed data on traffic patterns, fares collection, location of city buses, and boasts an automated traffic management. Surat has also utilised this data towards improving their public transport network. Many cities have apps that update locations of public buses, suggest routes, and enable online ticketing. Varanasi and Kashi have deployed sensor-based solid waste management systems where vehicle locations, weight of collection, status of bins is monitored, and collection is optimised through data analysis. Smart meters for water and electricity obtain household level consumptions and optimise streetlights for energy efficiency.

Lack of people’s representation
However, all decisions regarding these solutions – locations of sensors, type of sensor installed, type of data collected – were made by consultants and vendors along with city-level administrative committees which had little to no citizen or academic representation. There are seemingly no recorded engagements or outreach made with citizens to understand which locations required more traffic monitoring, or no engagement with universities and scientists to determine which environmental sensors to install apart from the conventional air quality indicators.

This lack of public interaction is also seen in the way cities treat the data generated from these sensors and systems. Data that is obtained from these sensors is not made available or is underutilised – for instance, traffic data can be used by city planners and transport engineers to understand a city’s mobility and thereby create unique solutions. However, data analytics and solutions are either outsourced to private vendors like in the case of Surat and Bhopal, or is relegated to automated platforms within Integrated Command and Control Centres (ICCC) like in the case of Bhubaneswar.

A host of public data therefore is collected, but very little of it is made available for viable use.

Since such systems have been running for at least a couple of years, one can assume that annual traffic, solid waste, or air quality data is available with cities. The city-level ICCC is used to visualise and monitor data, and compare it across departments and systems. This dataset, and the capacities of comparison and visualisation, can be used for data modelling. For example, pollution data overlaid with traffic data can suggest new low-emission routes through increased public transport, segregated weight collection records can help in improving waste management or assisting recycling models.

But while this data and the capacity to model is present in the technological capacities of the ICCC, most municipal institutions do not access this; even if they do, they do not act upon it. City agencies by themselves may not have municipal capacities to run analytics on this data, and while the SPV has the brief to install the sensors and platforms, it does not necessarily have a brief to develop such solutions. At the city-level, there is no clear authority to make decisions on how this data can be used to address questions of sustainability, and which municipal agency would be responsible for developing a solution.

Whose data?
The decision-making is compounded when we try to understand the ownership of the data – is a city’s transport data owned by its traffic police, municipality, public transport agency, or the SPV? Once ownership is clear, then its flow, use, and accountability of the agency is clear too.

In order to create any workable models, or develop solutions, this urban data needs to be made accessible. Currently, some of this data is made available by cities such as Surat and Bhubaneswar in the India Urban Data Exchange (IUDX), but apart from air quality data, most of this data is not accessible for public use.

The Smart Cities Mission guidelines recommend that cities should engage with citizens, local universities, and industry to develop solutions. But while cities host hackathons and incubator labs, the participants do not have access to the infrastructure and data that the cities collect, and the competitions have nothing to do with creating solutions particularly for cities. The SPV itself does not actively engage with citizens’ groups or academic communities.

If not the city-level, there can be solutions devised from the Centre since this data is reported to the MoHUA. The Smart Cities Mission runs a ‘Climate Centre for Cities’ but it is unclear how this uses the data produced by cities.A ‘Climate Smart Cities Assessment Framework’ was launched by MoHUA but there have been no public reports or very little data is available on dashboards. There are case studies suggested on various websites and documents of the Smart Cities Mission, but none of these seem to be in practice.

What we see then is cities have already rolled out the technical infrastructure for collection of data, and are already enabling collection of big data in various domains. This data has the capacity to generate insights and assist in the creating solutions or suggesting changes in existing municipal practices, which could help cities reach sustainability goals. However, the structure of the SPV, the lack of clarity regarding ownership of data, and responsibility of data-driven solutions, and lack of an open-data policy means this data is both inaccessible and underutilised.

Open access and standardisation
While municipalities in recent years have started making existing data public, this suffers from lack of standardisation, missing attributes, and inconsistent formatting. The Smart Cities Mission changes this – data from across departments is made available in standardised digital formats in a centralised database. There is real-time data alongside historical datasets, which is new for many municipal departments. These are significant transformation in data practices for municipal bodies, and the digital infrastructure is ideal to enable making this data open-access.

Open data regimes have quite a few benefits – first, it ensures we are able to reach democratic goals of transparency, accountability, and scrutiny, all of which are in the policy agenda of the Smart Cities Mission. Second, open data gives primacy to community developed solutions instead of being dependent on stunted municipal capacities or expensive commercial solutions. It allows collaboration between disciplines, universities, and citizens groups to create holistic solutions. Open-source solutions also break down conventional silos of municipal agencies and departments, and encourages modified replications of solutions from one city to another.

It will benefit cities to start from the ground-up, encouraging local universities, researchers and citizens groups to work together to create common sustainability agendas, work towards digital literacy goals, and crowd-source local affordable technologies.

Khaliq Parkar is an IRD-ARTS PhD Researcher at CESSMA, Université Paris Cité. His work on Bhubaneswar Smart City tries to understand the impact of digitalisation on cities and its citizens. He has formerly taught at NMIMS University (Mumbai), Symbiosis School for Liberal Arts (Pune), and St Xavier’s College (Mumbai). 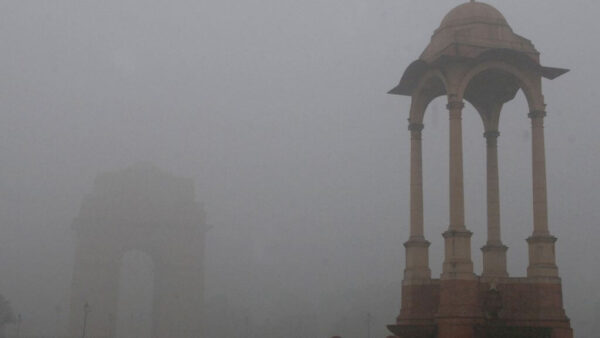 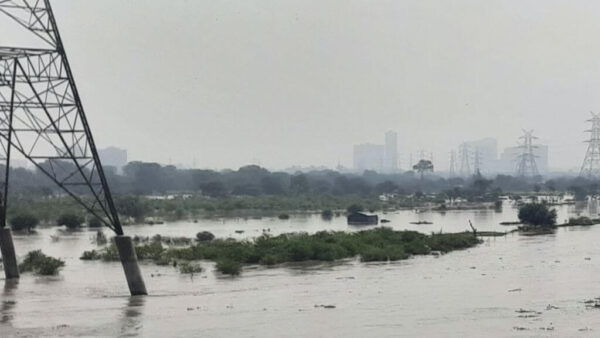 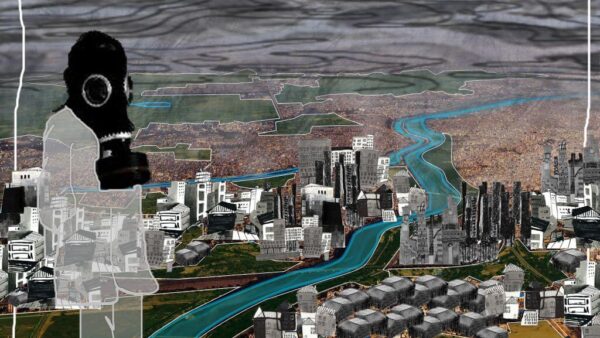