Your space, your opinions 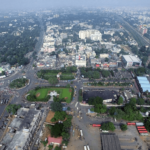 German-Jewish architect Otto Koenigsberger adopted a linear approach in building Odisha’s capital Bhubaneswar in which the neighbourhood unit would be “an attempt to transplant into the city one of the healthiest features of country and small-town life.” This, he argued, would enable people to understand their civic responsibilities much better than a large amorphous city. However, in its expansion, Bhubaneswar has spread far beyond the plan and in ways that the planner would not have imagined. Urbanisation has encroached on agricultural land and forests around the city putting it on the path of unsustainable growth and left behind the less-privileged people for whom life is a struggle. Bhubaneswar should have – and can do – better.